skip to main | skip to sidebar

We are all of one Race, the Human Race. 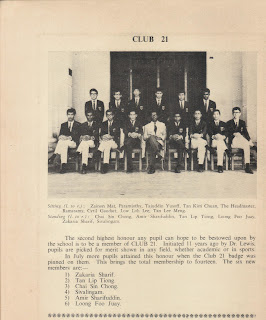 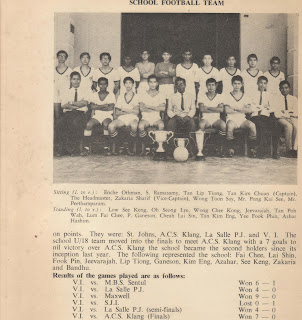 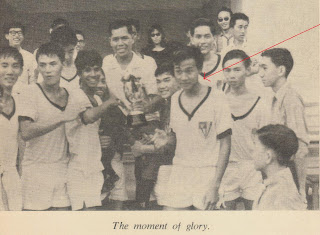 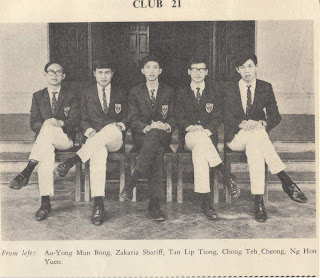 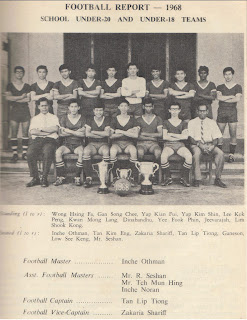 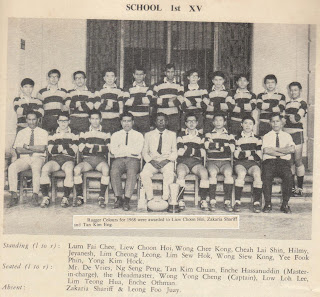 When I first started this blog in June 2009 encouraged by Chung Chee Min, I mentioned the names of several outstanding students from Pasar Road English School I (primary) who graduated to Victoria Institution as follows:
"I had never actually set foot in VI before that day. But famous PRES names like Zakaria (Zak) Shariff (soccer talisman and athlete), Yap Kian Fui (soccer/athletics), Wong Wei Wah, Wong Chee Seng, Chong Kwong Chin, Yap Kim Shin, Chong Kok Weng, Dave Chin Peng Hoon (football goalkeeper then, now of Dave’s Deli fame) 'Tiger' Thiagarajah (athlete) and Selvaraj (badminton) had made it there in earlier years and we took comfort that we had friends there." http://lunwt.blogspot.com/2009/06/auspicious-beginning.html .
I am not the only one who remembers Zakaria Shariff. Here's a comment from one Hedir Aminudin:
"Ha ha , I am from the 1967 Form 1 Batch. Super Mokh was your batch but Zakaria Shariff and Datuk Dino were the stars then. If only we knew what path such pains lead us , if only we knew............It has been a privilege to pass this Victorian passage. Enjoyed the moments."

Well, you could have knocked me over with a feather when I received this comment a week ago:

"Greetings, was googling my father's name and came across your blog. I am the daughter of Zakaria Sharif. I have to say, I'm really touched by some of the compliments made about my father's style of playing. I've yet to pass on these compliments to my dad but will real soon. I'm sure he'll be just as touched. Thank you." Ikha Zakaria 22/03/11.

To which I replied as follows:

I remember your father Zakaria Shariff well as during his schooldays as he lived in Imbi Rd not far from my home in Jalan Pelandok, Pasar Road and was a classmate of my eldest brother in PRES 1. He was 3 years older than me. My brother and Zakaria had a common PRES 1 school friend, Siak Poh (footballer and athlete sprinter) whose father ran a sundry shop (circa 1960) in Jln Imbi near the Postal Grounds. I believe the shop still exists!

More than that, he was also a 1st XV rugby player in Victoria Institution where he was HM Murugesu's "pet."

Whatever sports he was involved in - football, rugby, athletics - he played with inimitable style, verve and skill - and was popular with all the students as well as teachers. I tried to copy his style of dribbling and goal scoring in football. When in Form 5, he sustained a head injury during a rugby match and half the school visited him in hospital! That's how well known and popular he was in VI.

I also recall your father turned out for the Selangor State Team a few occassions with Mazlan Harun (former Selangor MB's son).

Warm regards to your father. He probably won't remember me from his VI days, but I sure do him."

To which Ikha followed up with :

"I've showed my dad this blog and he was extremely flattered by the compliments given. He said that he would like to know your name and maybe if you'd like, you can contact him at...."

I think Zak, as he was popularly known, was either PRES 1  School Captain or Vice Captain in 1962 and also Sportsman of The Year. Certainly many like me hero worshipped the likes of Zak and others in PRES 1 and VI. Do remember that race was no barrier to such things in the '60's!

As a sportsman of lesser talent but a keen follower, I have always placed importance on the classical way football or any game is played. In soccer, it's either the Brazilian Samba Way or the highway for me. So, it was Pele, Tostao, Gerson, Jairzinho, Socrates, George Best and that kind of style and god forbid if I should ever meet Gert Mueller or even Rooney in person because I would sure commit homicide!

And that was what Zak personified on the field. Style, grace, elegance and sportsmanship.

Thank god I grew up in Malaysia in that era.

So. Zak, as they say, THANKS for the memories!

Above are clipping about Zak's football exploits provided by Ikah with the following narration:
Highlighted on MCIS whip Police article on Scan2.jpg: Zakaria Shariff took the score to 3-0 in the 55th and was on target with his penalty target on the 66th.

I don't have ikha's email address since she replied through Blogger Comment. But I do have Zak's handphone number provided by Ikha. So, if anyone wants to contact Zak, please email me at za@donplaypuks.com.
Posted by Donplaypuks® at 18:32 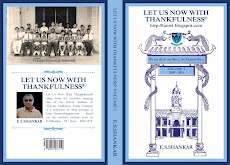 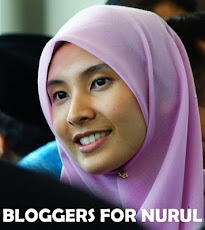 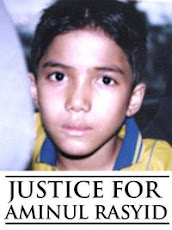 "Man is born free, but everywhere he is in chains.'


"A spectre is haunting Malaysia. The spectre of corruption, racial bigotry and religious intolerance!"

"He plucked the ball out of the air like a salmon."
RAY FRENCH
BBC1

"He is in fact being released to die – something which should have happened years ago."
RONNIE BIGGS’S SOLICITOR
Radio 4

"Are they putting their finger on the nail here?"
SHELAGH FOGARTY
Radio 5 Live

"Did your great-grandfather have any children?"
FERN BRITTON

ITV1He was a wonderful man, as was his wife."
SEAN RAFFERTY
Radio 3

"He’ll put the wind up you when he gets his bit between his tail. "
GEOFFREY BOYCOTT

"Yes, the wind is coming from Federer’s end…"
COMMENTATOR
BBC

"You can never say never, unless you say never yourself."
EMILE HESKEY
TalkSport

"Roy Keane: a personification of himself, in a way."
MATT JACKSON
Radio 5 Live 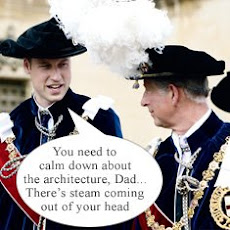 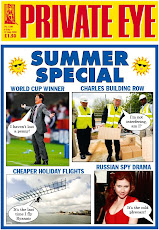 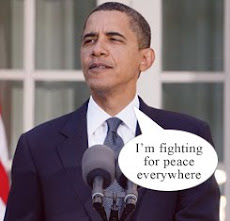 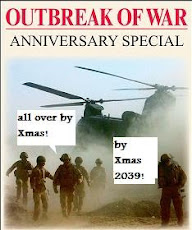 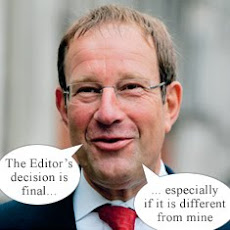 our msm as usual? 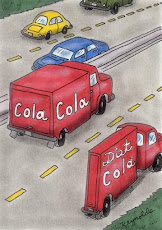 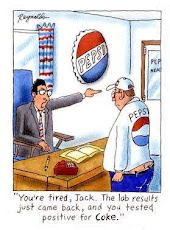 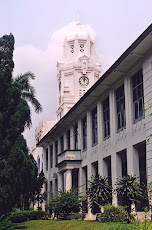 The Alma Mater - a panaromic view 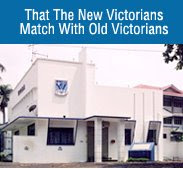